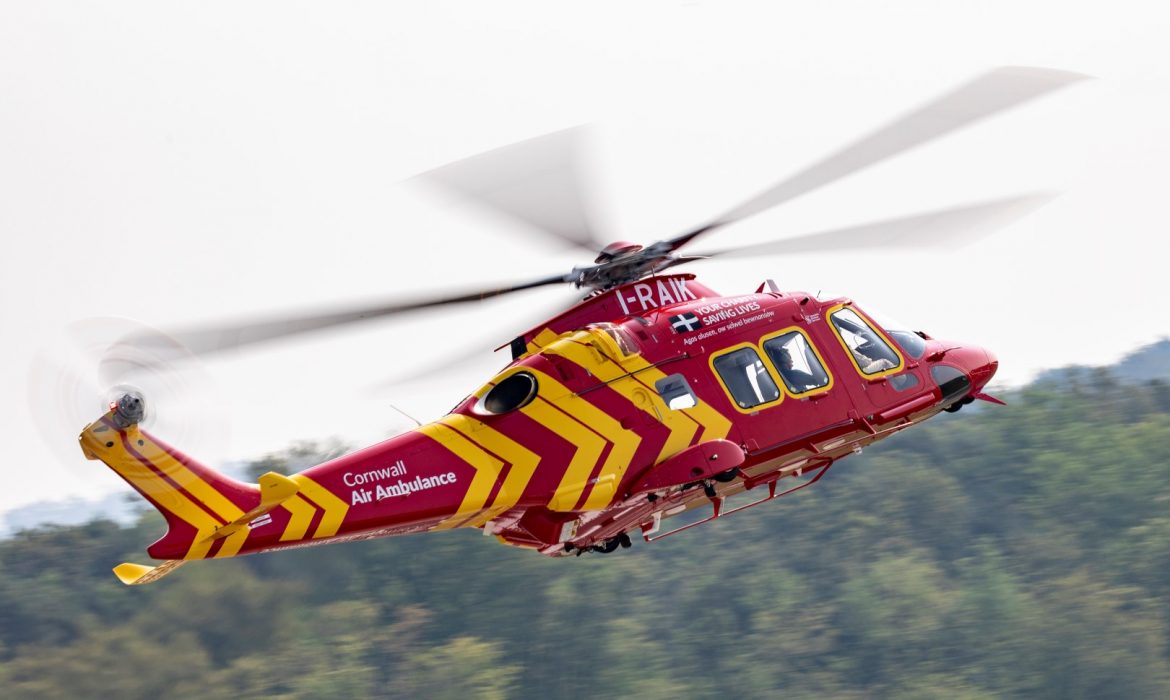 Mostly Media has recently been appointed by Cornwall Air Ambulance to launch their new TV campaign showcasing the charity’s hard work and dedication to saving lives.

To coincide with the charity’s appearance in the documentary series ‘Cornwall Air 999’, the supporting TV ads have been ensuring that viewers of the programme are reminded of the significant work the charity does on a daily basis.  The documentary, narrated by Cornwall resident and national treasure Dawn French, gives viewers a behind-the-scenes look at the charity as cameras followed the dedicated crew of paramedics and pilots on their missions during the Summer of 2020 – a year that has provided the charity with many unique challenges.

Since its launch in 1987 as the UK’s first air ambulance charity, Cornwall Air Ambulance have flown over 28,000 missions, saving thousands of lives in the process; but their valiant efforts require donations from the public.  Thanks to the documentary, the charity hope that this will increase awareness of their work and encourage anybody who loves Cornwall to keep the helicopter flying.

Stuart Beveridge, Communications and Marketing Manager at Cornwall Air Ambulance, said “In a year when all of our lives have changed, something that hasn’t changed is the impact of people’s support.  As a charity we rely on public donations to save lives.  With traditional fundraising events cancelled, we’ve had to look at new ways to spread our message and reach wider audiences.  Working with Mostly Media, we’ve been able to position our advert alongside our new TV series, maximising the potential for viewers to give.”

Kieren Mills, Group Account Director at Mostly Media, said “At a time when a lot of charities are struggling and every penny counts, it has been a real honour to be chosen by Cornwall Air Ambulance to deliver their TV activity.  We look forward to helping them raise much-needed funding so they are able to continue their amazing work.”

You can watch the new TV ad in the latest episodes of ‘Cornwall Air 999’ every Tuesday and Sunday on Really at 9pm.

If you would like to donate to the charity directly,  you can do so here by visiting https://cornwallairambulancetrust.org/donate/