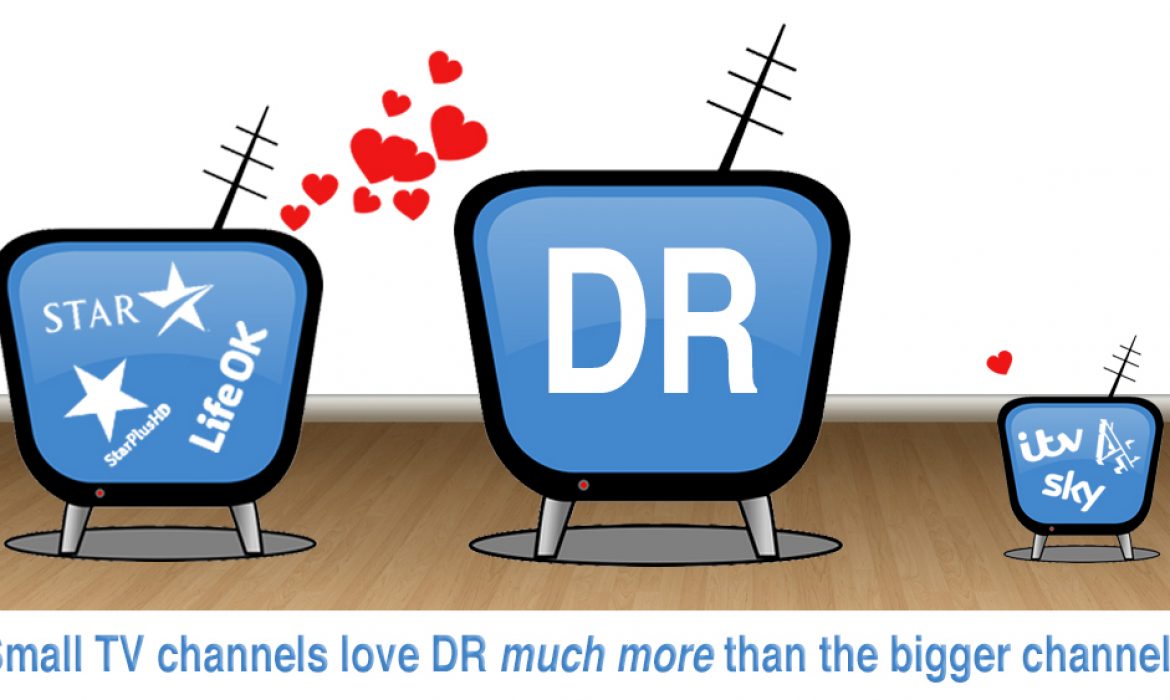 Ok, let’s pretend you’re a direct response advertiser, new-ish to TV, you have £30k to spend on airtime and I asked you to pick channels to use. The likelihood is you’d go straight to the bigger channels such as ITV, Channel 4, ITV2 or Channel 5.

Incorrect, and this is where our expertise as TV buyers comes in.

Whilst we love working with the big channels and they have a part to play in plenty of our direct response (DRTV) and brand TV campaigns, it’s important never to underestimate the vital part that can be played by utilising some of the lesser known channels in DRTV campaigns.

As an example of this, we are delighted to report that during some recent spot analysis for our DRTV clients, we noticed excellent response figures from the smaller, lesser known channels such as ethnic channels Star TV, Star Plus and Star Life OK which we rate highly for DRTV campaigns.

In fact, one of our clients in the home interest market ranks Star and other MEMS Channels as the lowest priced attributable web session across all TV. We know from historical campaigns that these channels can perform really well for direct response and that trend seems to be continuing.

The reach of Star Plus for example was reported by BARB to be at 700,000 in June. To put that into context, some of the bigger players on the scene reported reach figures (June) of:

These figures are hardly surprising given the audiences of each channel but it again goes to show that smaller channels despite having a fraction of the reach, can still produce healthy ROI for DR clients and also offer value for money for advertisers as a whole.

The recent positive feedback regarding small channels goes hand in hand with the most crucial and regular piece of advice that we give all of our DRTV clients in regards to attentive viewing.

All of the big channels carry extremely popular shows with massive audiences such as Coronation Street, XFactor and Game of Thrones. Viewers are so engrossed in these shows that the chances of them coming away from their favourite programme to respond to a DR ad is minimal…so don’t waste your budget trying to get them to!

A much better use of your budget is to scatter spots across the smaller channels in lower rated spots where viewers aren’t attentively watching……..or ‘flicking’ as it’s known in living rooms across the country.

Our job as TV buying specialists is to add value to our client’s TV advertising strategy by way of:

The recent successes of smaller channels for our clients is living proof our three-point mandate above but perhaps more importantly shows just how much care and attention we put into ensuring our clients TV budgets are spent wisely.

If your TV buying agency isn’t giving you the same sort of love, care and attention, we’d love to have a conversation with you.