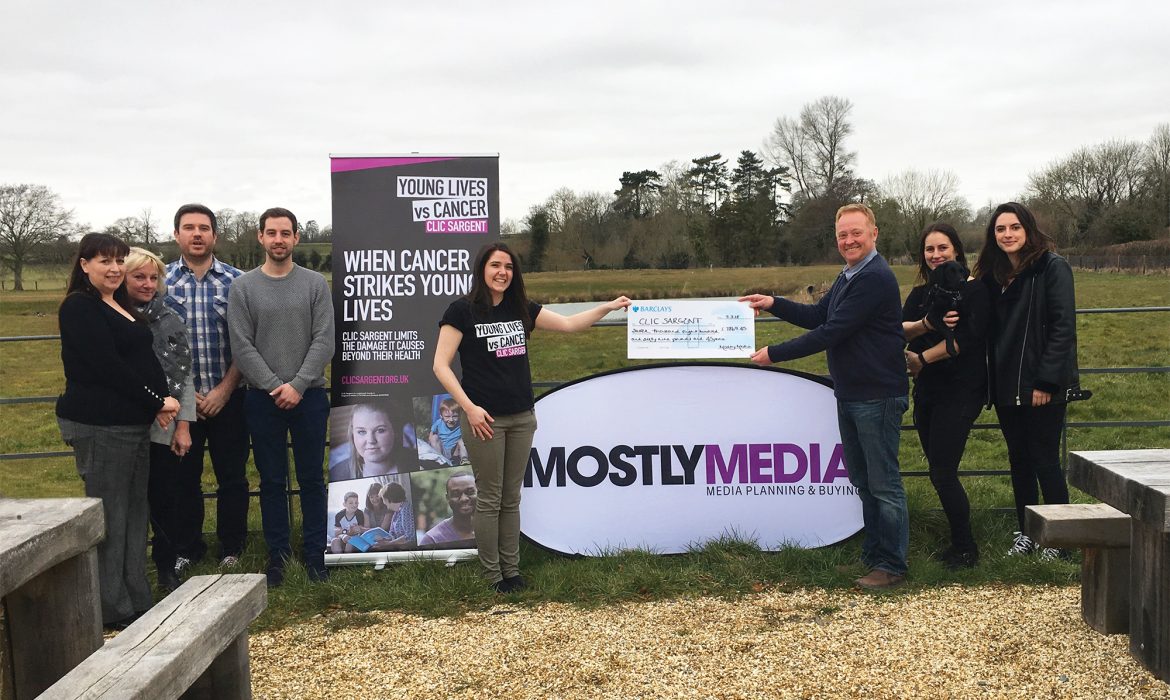 Mostly Media has raised £7,869 for CLIC Sargent.  The money was raised through various fundraising initiatives, including Mostly Media’s annual Charity Golf Day held at Cumberwell Golf Club in Bradford on Avon. Caroline Marshall, CLIC Sargent’s Fundraising Engagement Manager for Wiltshire, Gloucestershire & South Glos, visited Mostly Media offices at The Glove Factory in Holt to collect the cheque.  Caroline said “Without people like the team at Mostly Media, children and young people would face their cancer diagnoses alone.  No one would be there to help them through the many practical challenges that families are facing every day.  It is incredible to work with businesses like Mostly Media, as together we can make a huge difference to families who need us.”

Stuart Smith, Managing Director of Mostly Media, said “We are delighted that alongside our clients and suppliers we have managed to raise so much money for such an amazing charity.  Cancer is an awful disease, when a child is unfortunate to be diagnosed words cannot express the devastation for all those involved.   As a team we are just happy to help in a small way.”