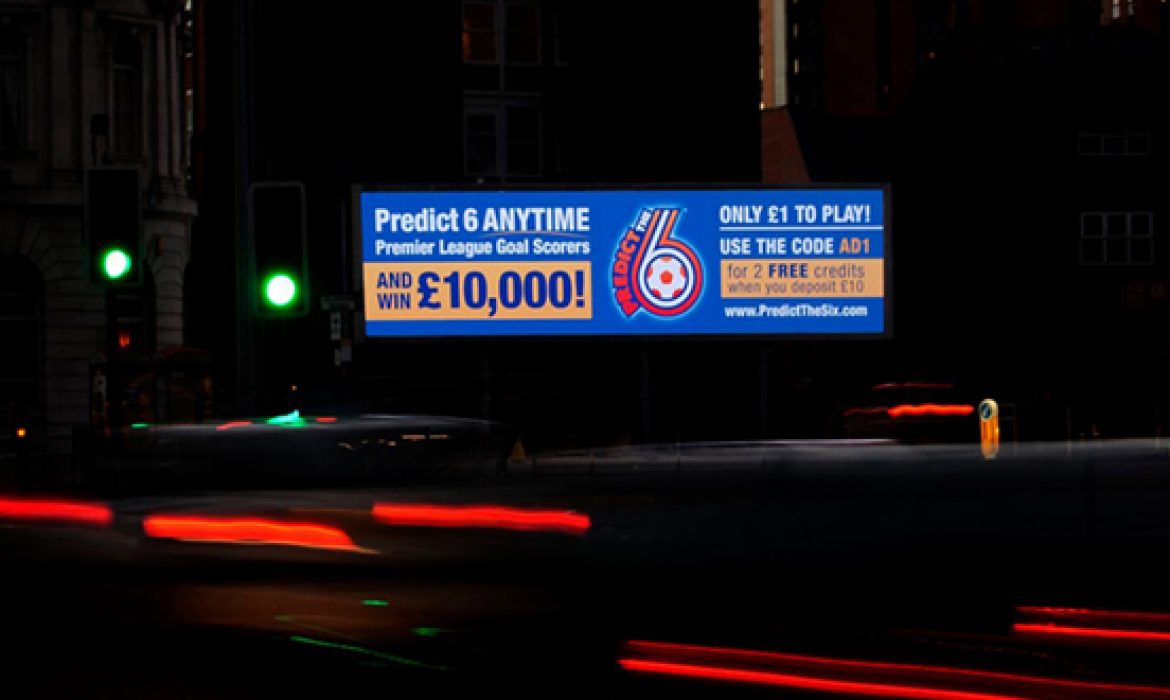 Mostly Media are delighted to have been appointed as the media buying agency for Predict The Six, the newest football betting game to hit to market.

In a novel twist to most betting games, Predict The Six ask punters to predict 6 anytime goal scorers from the weekend’s Barclay Premier League matches to win a £10,000 jackpot.

No more praying for teams to win, no more worrying about who scores first, just six anytime goal scorers.

Mostly Media are in the very early stages of media planning and buying with Predict The Six but so far they have appeared in the sport pages of the national press including Daily Mirror, Daily Star, Daily Mail and Daily Express. We were also able to source them some outdoor advertising in a new, prime spot in central Manchester (see image), and TalkSport.