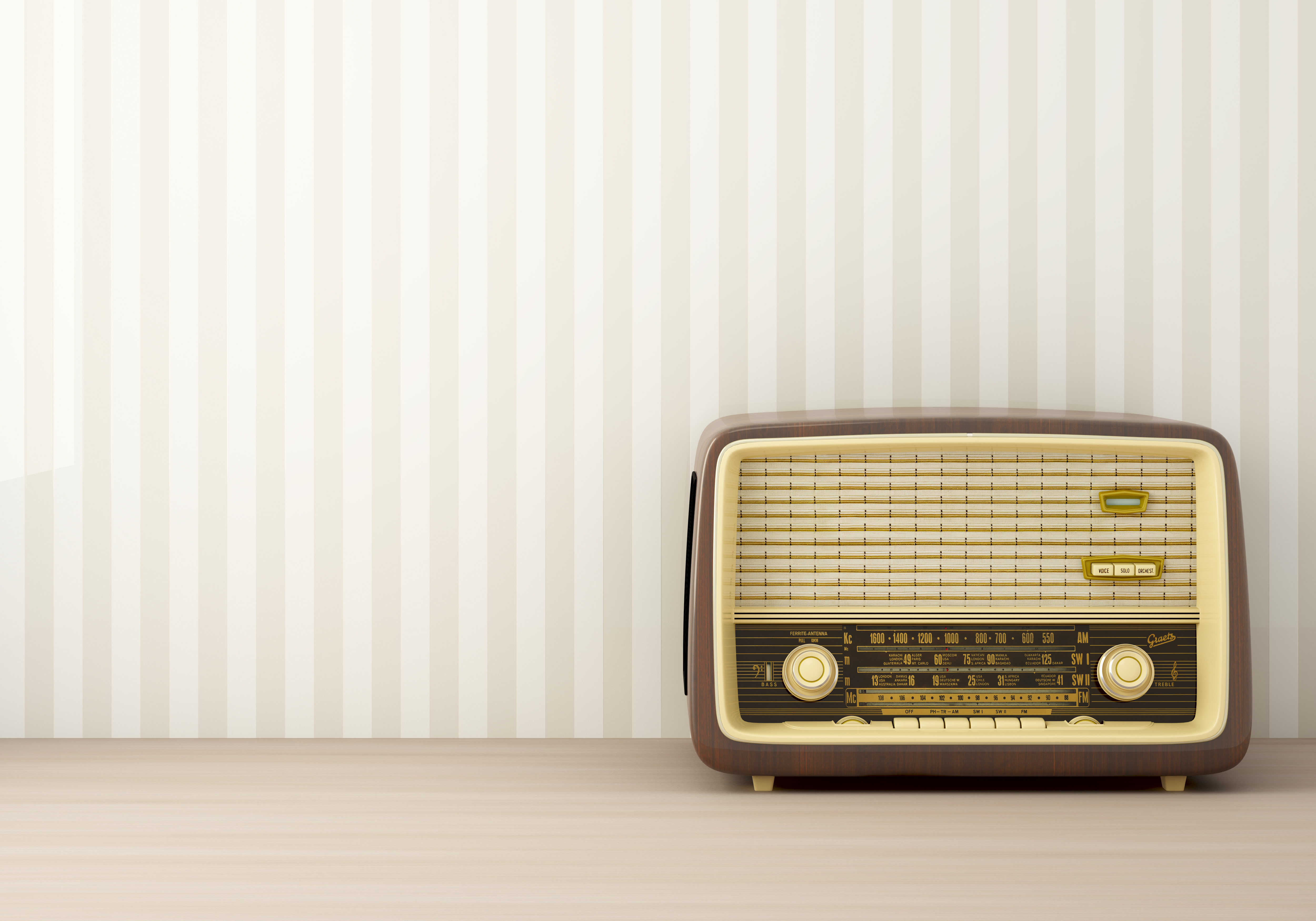 Who’s up, who’s down, who’s turning it around? The wait is over… the RAJAR results for Q1 2019 are in.  Radio Experts provide their analysis of the figures for commercial radio listenership…..

Let’s start with the biggest story and say “Good ‘Evans” as Virgin Radio absolutely smashes it in Q1.  Before Chris Evans arrived at Virgin it had a weekly reach of 447,000 listeners, but in Q1 this year it achieved a rocking 1.3 million.  The Chris Evans Breakfast show itself accounted for almost 1.1 million listeners – up from 161,000, so the Wireless Group would have been celebrating with champers on their cornflakes this morning!

Heart is still the market leader with 8.5 million weekly listeners, followed by Capital with 7.2 million.  Heart’s total hours are up 2.6% since last quarter, Capital’s total hours are down marginally and Smooth has reported little change, but we’ll be watching these three brands closely on the next survey to assess the audience’s verdict on the recent programming changes.  Bauer’s Hits Radio brand has lost reach and hours but is still the third largest network with 6 million listeners.

The main winners this quarter are talkSPORT, Classic FM and Absolute Radio. talkSPORT has gained in both reach and hours – reach is up 3.2% to over 3 million and total hours are up 3.6% since the last quarter.

Classic FM has kept its weekly reach at 5.3 million, but listeners are tuning in for longer with hours up by 6% quarter on quarter.  Absolute is up 5% in total listening hours across the entire network, with the main Absolute Radio station making a significant contribution – up 2% in weekly reach and an incredible 19% in total hours, compared to the last quarter.

Digital Listening and Digital Only Stations

Overall, the share of Digital listening is now at 56.4%.  DAB digital radio share is at 40% and online listening share is at 10% – both reaching their highest shares.  This was the first survey period where online listening also included IP-enabled devices, such as voice-controlled smart speakers, which are seeing a tremendous growth in sales.

Another statistic that’s worth noting is that Digital listening in cars has increased 24% year on year and now has a record share of 41.5% of all in car listening.

As covered in our main headline, Chris Evans’ new Virgin Breakfast show now has a total audience of 1,048,000.  This is made up of 993,000 on the main Virgin Radio station with the extra audience coming from Virgin Anthems and Virgin Chilled.  The “Chris Evans Effect” has also moved the average age of the Virgin Radio listener from 40 to 47.

Over at Radio X, the Chris Moyles Breakfast show now has 928,000 listeners – but is still behind Evans’ latest audience figures.

Capital London remains the largest reaching station in London despite a slight drop in weekly reach, but on the flip side, total hours went up by 5% Quarter on Quarter.  It’s a similar story over at Bauer with Magic FM where reach is down 4%, but because of average listening going up, total listening hours have actually increased by 5%.

There are concerns at Kiss in London though as both weekly reach and listening hours both dropped again, despite a refresh in on air talent.  Kiss in London now has 250,000 fewer listeners tuning in each week than its biggest rival, Capital FM.

Of the remaining 2 stations with weekly reach of over 1 million, Heart & LBC remained relatively stable with small gains for LBC and a slight loss in hours for Heart.

The top 5 stations in London ranked by weekly reach (‘000)

The main headline for the brand this quarter is Capital South Coast increasing its total listening hours by 26%.  The Network as a whole remains consistent, maintaining its weekly audience of over 7 million listeners.  This was the last RAJAR for 2BR (now re-branded as Capital Lancashire) and it successfully increased its total hours by 2% from the previous quarter.  Capital Birmingham has also seen an increase – up 19% in reach and 5% in total hours.

The Heart Network is still on top with a weekly reach of 8,524,000 listeners, and it’s also getting listeners to tune in for longer, increasing total hours by 3%.  The best local performance this quarter is Heart Sussex with an increase in total hours by 40%, supported by a rise of 4% in weekly reach.  This trend of increased total listening hours continues throughout the regions with Heart East Anglia, Heart Essex, Heart Kent and Heart Scotland all seeing a significant rise in their figures compared to the previous quarter.

It’s been another solid quarter for the Smooth brand.  Whilst there’s been little change in overall reach and hours, compared to Q4 2018 (down 1% in reach and no change in hours), year on year the network has shown impressive growth with a 14% increase in total hours.  Half of the regional Smooth stations have grown in both reach and hours this quarter, with an additional 3 stations reporting an increase in one of these measures.

It’s been a particularly good quarter for Smooth Cambridgeshire, increasing its total hours by over 50%.  It also had a healthy spike in reach with 10% more listeners, compared to Q4 2018.

The Smooth brand has also performed well in Wales with its two Welsh stations reporting strong growth in reach and hours.  Smooth South Wales’ total hours are up 17% and Smooth North West & Wales is reaching 21,000 more listeners each week (up 36%).

However, there were some good performances amongst individual stations.  Hits Radio Manchester (was Key 103) reach is up 11% and hours up a whopping 46% – to 8.0 from 6.1 last quarter.  Viking FM’s reach is up 18%, as are hours that are also up by 18%, compared to the previous quarter.

Rock music seems to have fallen out of favour in Manchester this quarter; Radio X has lost 17% of its hours and XS Manchester is down 19%.  But don’t smash up your guitar just yet, despite this blip Radio X Manchester’s total hours are actually 21% higher than this time last year.

It’s been a slightly disappointing quarter for the Kiss brand too, with the network losing 13% of its hours.  Over in East Anglia the Kiss audience is still partying hard though.  Total hours for Kiss East have grown and its audience now listens for an average of 6.3 hours per week, compared with an average of 4.8 hours last quarter.

Gold East Midlands has a very loyal listenership with its 93,000 weekly listeners tuning in for an average of 12.1 hours per week.  This has helped the station post a 7% growth in hours quarter on quarter.  Looking towards Manchester, at first glance Gold hasn’t done as well in this region.  However, if we compare its figures to Q1 2018, it has shown fantastic growth – up 56% in reach and 71% in hours.

All eyes have been on Liverpool FC as they make it to the final of the Champions league, but the other local success story is digital 80s station – Love 80s Liverpool.  It also increased total hours by 155% and now reaches 25% more listeners.

Further south, Jack FM Oxford has had a big turnaround compared to the last quarter with total hours up 95% with station reaching 31% more listeners each week.

And in the beautiful county of Kent the sun is shining brightly for KMFM, achieving their highest ever audience.  Reach is up 5% on the quarter and 18% on the year with hours also up by 13%, compared to the last quarter and 21% on the year.

With overall increases in the commercial radio audience and most of the station brands consolidating their place in the hearts of listeners, UK radio is in excellent health.

Stu Smith, MD at Mostly Media, says “Due to Radio’s unique audience ‘environment’ it is no surprise that listenership remains strong and stable.  Virgin’s huge success goes to highlight that content is king and if you get it right the audience will follow.  We are delighted to see such strength and in turn our clients continue to profit from using Radio.”