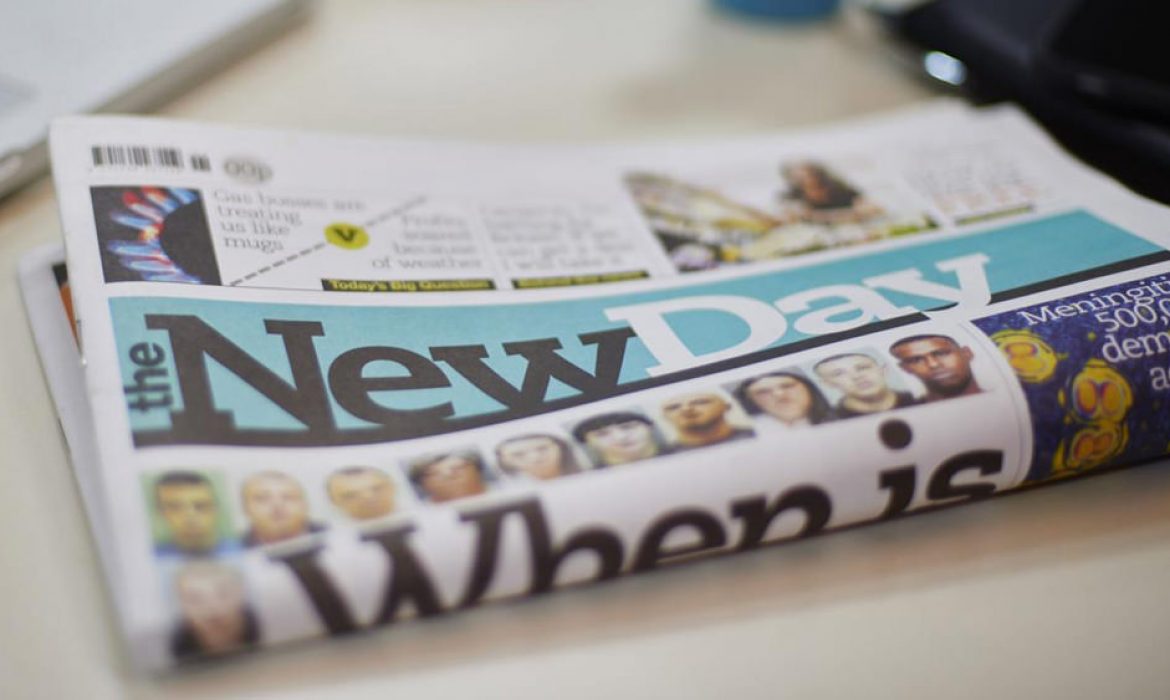 The New Day shuts down after 10 weeks

Well, I guess the writing was on the wall. After a noticeably quiet pre-launch promotional campaign and weeks of rumours regarding dropping circulation, Trinity Mirror have pulled the plug on its latest national press title The New Day.

It had hoped to sell about 200,000 copies a day, but sales are reported to have fallen to about 40,000. Two million copies were distributed free on launch day. It then cost 25p for the first two weeks, before rising to 50p.

The paper was launched in February and was said to be politically neutral and aimed at “time-poor” readers. Although the title had a social media presence, it did not have a website.

In its trading update Trinity said: “Although the New Day has received many supportive reviews and built a strong following on Facebook, the circulation for the title is below our expectations.

“Whilst disappointing, the launch and subsequent closure have provided new insights into enhancing our newspapers and a number of these opportunities will be considered over time.”

‘The New Day was born out of Market Research but Trinity never stood back to look and think about the hard facts. Due to this they never committed to fully pushing the title forward and only had a small team working on it with many on short term contacts. This as at any business would leave you wondering if you were coming or going. On top of this they left both retailers and readers bemused by firstly distributing the title free, then charging 25p and finally 50p’.

‘With many questions left unanswered it became a case when not if the paper would cease publishing despite the excellent feedback and engagement they received from readers’.